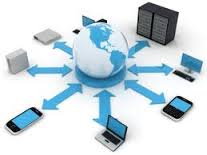 Addiction to communication technology is a real thing. Many people scoff at this idea, but brain studies have shown that the brain reacts toward a technology addiction the same way it reacts to any other type of addiction. The chemical dopamine is produced and the brain forms neural pathways around the pleasure reaction so that it can achieve the same effect at other times. Technology addiction is incredibly prevalent in our lives but it is a recent, unstudied phenomenon that is not socially embraced yet. Awareness of this addiction problem needs to increase so that we can avoid its destruction.

Being unable to function without communication technology is bad for people on many levels. Becoming too accustomed to it to the point of being lost and dysfunctional without it is an unhealthy state to be in. Humanity evolved without communication technology, and it is in its most natural state when it is not dependent on something recent and unnatural in order to get through the day.